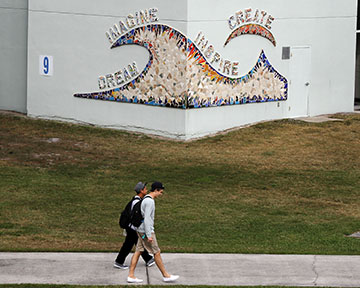 Students will be monitored for a cumulative 2.0 GPA, completed credit hours, and time frame at the end of every term. A student applying for federal aid for the first time will be evaluated based on the student's entire academic record (including transfer credits) and will be evaluated for each term thereafter.

Failure to maintain a cumulative 2.0 GPA and/or completion percentage will result in a warning status, which remains in effect until the next term review is performed. If the student again fails to meet standards, further aid will be denied, and the student will be placed on suspension. If a student reaches maximum hours, an automatic suspension will occur. Maximum hours include attempted as well as earned hours.